Bistro Sinne Porvoo is located in the “new” part of Porvoo (Läntinen Aleksanterinkatu 1) in the same building as Taidetehdas, an art factory. As I’ve only heard good things about the brunch at Sinne, I decided to take my Danish friend there when she was visiting Finland. 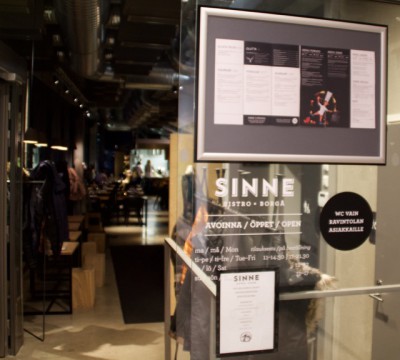 Many say that Sinne is the best restaurant in Porvoo. Unfortunately, Sinne did not live up to these expectations and the price of the brunch is not in line with what you get (34 €). 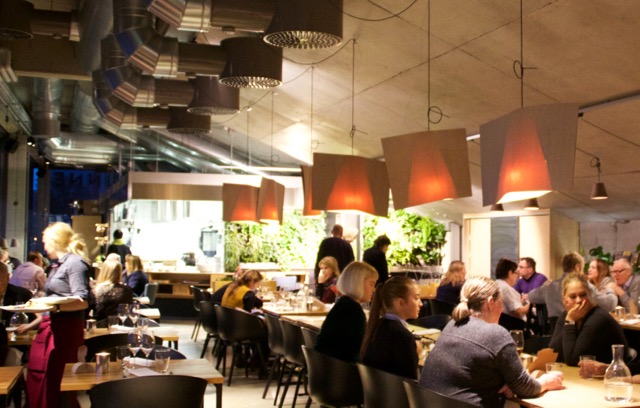 We chose to visit on Independence Day, which was on a Sunday this year. I was surprised to see that the bistro was not full. That day they were serving their Christmas brunch which will be on for two more Sundays this year. We started with some extra dry Prosecco to celebrate the day.

You could say that the spread was quite limited for a brunch. Instead of brunch I would rather call it a lunch buffet as the only thing really reminding it of a brunch was the juice served. And even that seemed out of place.

The starters were okay but the serving plates were surprisingly empty all the time. For example the marinated red onion was lovely but there really wasn’t much of it offered. The salmon and smoked turkey were good but they were very basic as in any Finnish restaurant and did not bring any aha-moments.

If you are not into pork, then you really won’t have much to eat for the main course as it was tender braised pork neck and honey glazed vegetables.  I guess this brunch goes with the motto “less is more”. 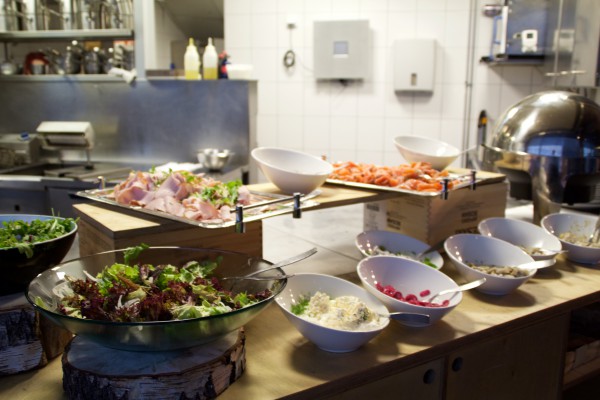 It was disappointing that the food really was not so Christmassy at all. I would’ve especially expected to see Christmas featured more at the dessert table – what really only reminded me of the season were the soggy gingerbread cookies messily thrown in with the cheese. Other than that there was chocolate mousse and fruit. 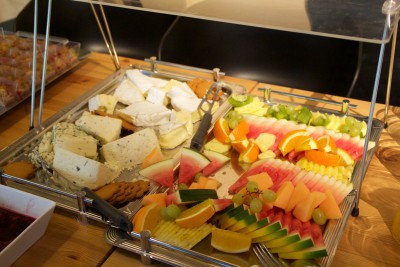 What was lovely was that the local Brunberg sweets were featured at the dessert table – chocolate, liquorice and marmalade. 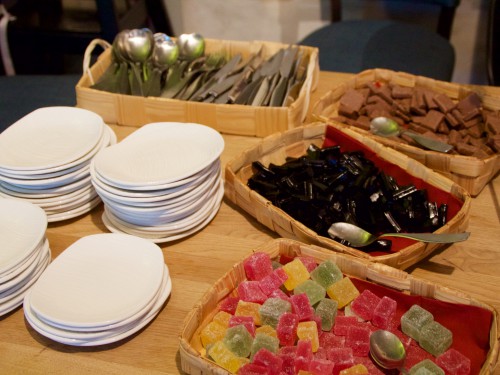 As I have never visited before, I cannot say if this is a normal brunch spread for Sinne. I really hope this is not the best Porvoo can offer!

For the price, I would’ve expected to get at least coffee and tea but those would’ve cost extra. Or maybe the Prosecco thrown in as it was Independence Day after all. I would not be prepared to pay more than 20-25 € for a brunch like this.

After our meal we enjoyed a little stroll in the beautiful Porvoo Old Town. 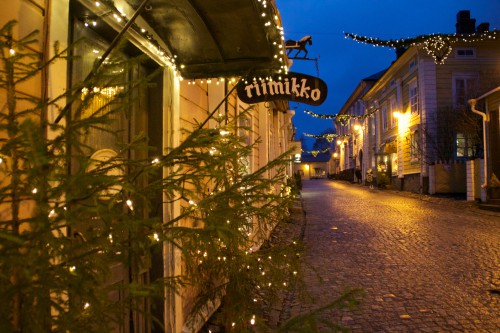