Even though winter solstice has come and gone, the days are still lengthening very slowly. This means that we still don’t have much daylight to enjoy. Thank goodness for the Helsinki Light Festival. This year, the festival was held from the 6th to the 10th January, from 5 to 10 pm. Perfect timing to cheer everyone up after having to return to school and work now that the holiday season is over.

We started our walk at the Old Church Park which was lit up by the installations “Lantern Park” and “Color Park”. I wish the park would always look this magical. It was a terribly cold evening of -15 celsius but despite the freezing temperature, everywhere there were people enjoying the festival – the key was to bundle up warmly. 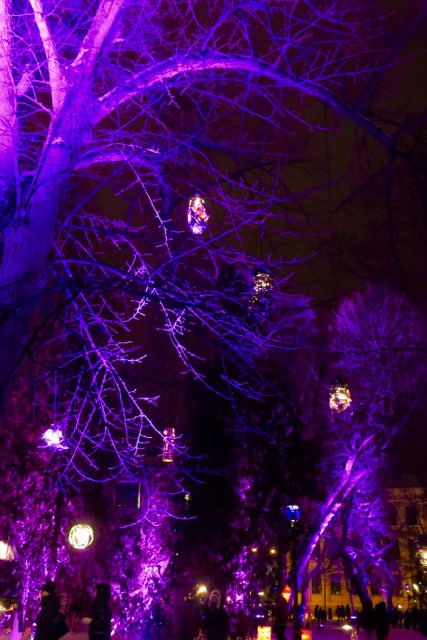 Opposite the restaurant Kappeli, at the Esplanade Park stage, you could find the installation “Medicine City” by Antti Pussinen & Martta-Kaisa Virta. At first glance,  one would just think it is a beautiful city view. But in reality, the miniature city has been constructed out of empty aluminium medicine packages. What creativity! It actually took the artists six months to complete. Of course it is also a statement on the medicalisation of our society.

The Esplanade Park had giant desk lamps lighting the way but as my fingers were about to freeze off at that point, I was unable to take a photo.

My absolute favourite was the installation on Sofiankatu Street, which is one of the oldest streets in Helsinki. Sofiankatu serves as a street museum, as it has been reconstructed to tell the history of street development and lighting.

The installation was called “They were here” by Alexander Reichstein. As the street itself has such historical value, it really gets you thinking – who used to live in this building? Who walked on this street before? What was their story?

Why was this little girl there alone? Where was her mommy?

Who was this gentleman? 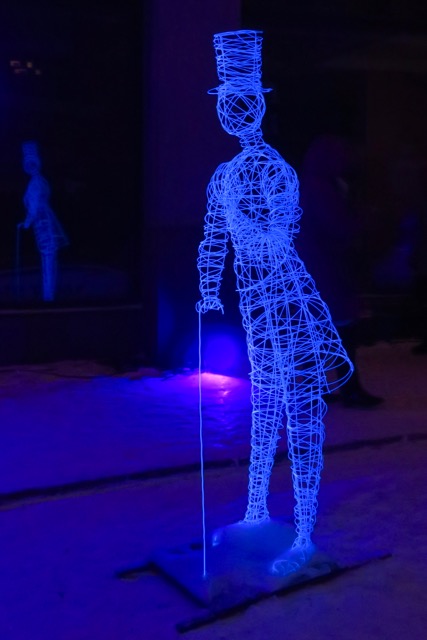 How about these lovebirds? Have a look a the photographer behind these figurines – what dedication – he was lying on the cold ground to get the perfect shot.

I look perfectly happy despite my fingers being totally numb! 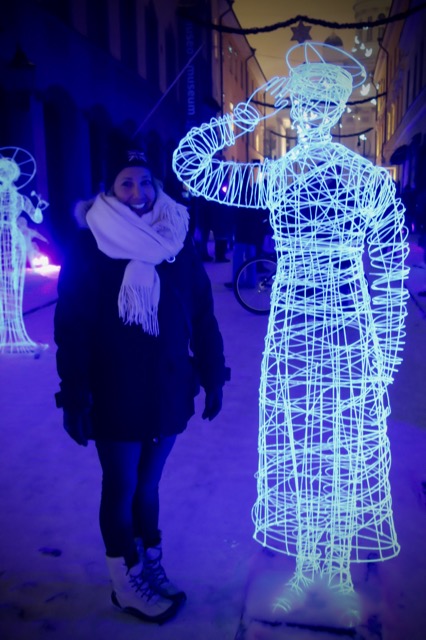 Of course the Helsinki Cathedral was part of it all too. Different artists’ images were projected onto the cathedral.

I am known to love orchids, so you might guess that this one was my personal favourite.

In addition to all this, Ateneum was lit up as a “Candy House”. Unfortunately we missed the installations near Annankatu, of which the most interesting would’ve been the interactive sculpture Cloud. At that point we just couldn’t continue any longer as the cold was seeping through and we had to go inside for a glass of wine.

Did you have a chance to visit Lux Helsinki? What did you think?

11 thoughts on “Helsinki lights up the darkness”