This summer we visited the island of Hiiumaa in Estonia with our sailing boat. It was actually our first stop in Estonia after crossing over from Finland. Hiiumaa is known for it’s lighthouses. We visited three, of which this one – narrow, elegant and sleek – was my favourite.

The lighthouse is located in Cape Tahkuna which is the northernmost tip of Hiiumaa island. It was erected in 1875 to warn nearby ships of the closeness of land and the dangerously shallow waters. The lighthouse was designed by British Alexander Gordon. It was bought from the world exhibition of Paris in 1871 by the then Russian tzar. It’s actually made of cast iron and the parts were shipped from Paris. They say that the same company that was commissioned to make the Eiffel Tower was used, so you could say the two are cousins!

When the lighthouse was built, I understood that there were no stairs! Things and people were hoisted up by a special “lift”. 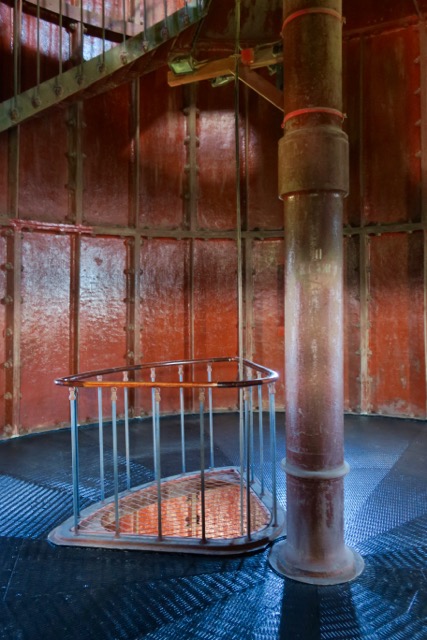 The lighthouse can be seen 33 km away. It’s the tallest lighthouse in Estonia at 42,6 meters high. There’s an interesting story to be told here (I am sure there are many, as Estonian history is pretty eventful). Soviet military history claims that the Red Army had a vicious battle the Germans at the base of the lighthouse during WW II. The last Soviet man standing rushed to the top of the lighthouse and fired away at the Germans when simultaneously flinging himself down from the heights. Believe it if you may.

The tip of the cape as seen from above.

I love looking down from lighthouses. 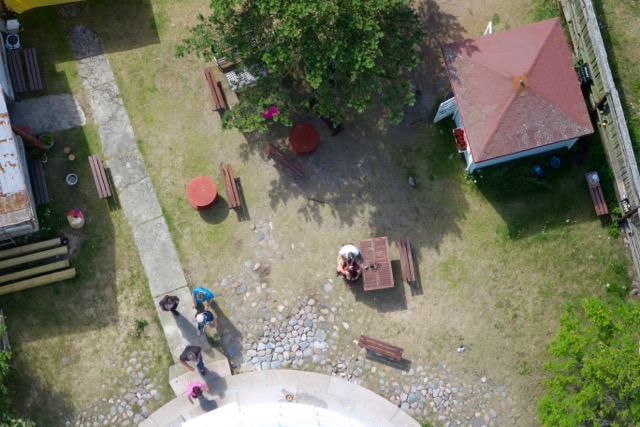 Someone has a great looking garden with salads and other produce. 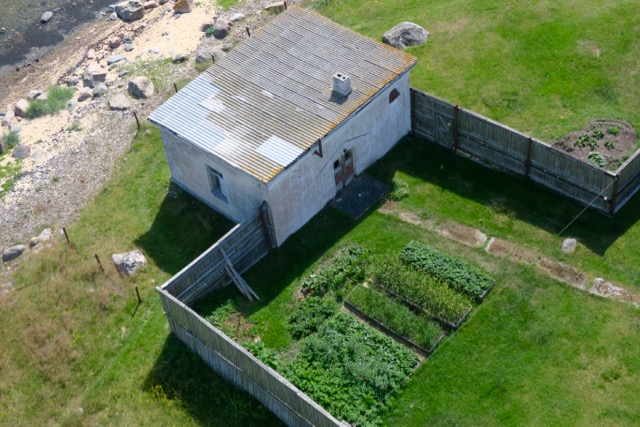 If you feel like having a snack, there’s a small cafe at the base of the lighthouse. 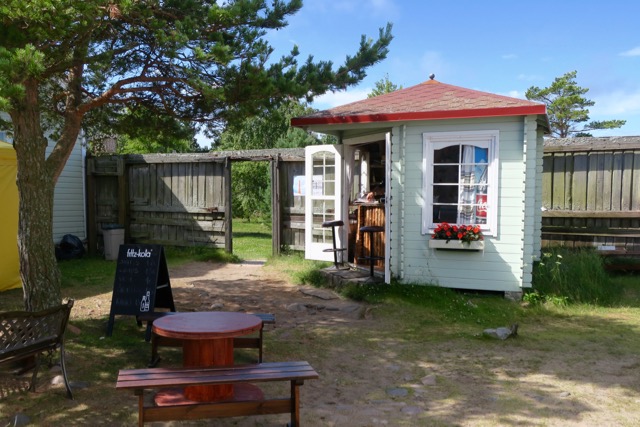 Before going to see the other sight nearby, you might want to take a look at the old lantern room lying around on the yard. 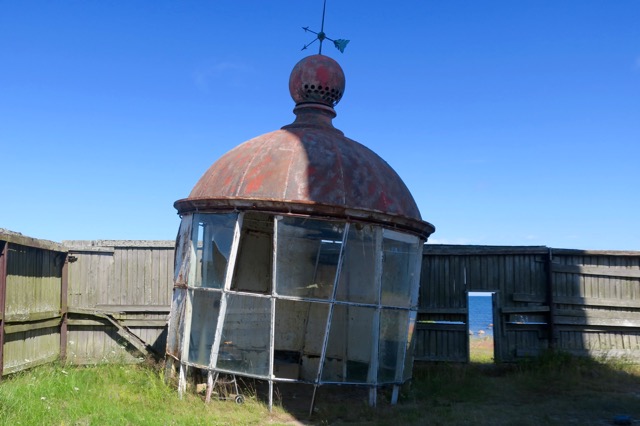 It’s very beautiful in Hiiumaa. I was so happy to be able to wear my shorts as it was quite a warm day.

A bit further on, by the shoreline, you can find a memorial to the victims who perished in the Estonia ferry tragedy on the Baltic Sea. Over 800 people lost their lives on a September night in 1994 when the ferry sunk in a matter of minutes.

The memorial is 12 meters high and there’s a bell. The structure is actually crooked which doesn’t show in my photos. It is to remind you of the last moments of the ferry which were horriffic.

The bell is quite unusual. There are faces of children facing North, South, East and West. it only rings when the wind blows with the same force and in the same direction as the night when the Estonia went down. There are many memorials to the Estonia in the country but this one is especially dedicated to the children who lost their lives – no-one under 12 survived.

A touching visit indeed. If you are interested in doing some reading on what exactly happened, you can take a look on Wikipedia for the account.