On our short road trip in Finland this summer, we visited a village shop. If you are from Finland, you might already guess which shop I mean. See, the frame in front of the sky is a tell tale sign.

Yes, that’s right – we visited the Veljekset Keskinen Village Shop in Tuuri. What makes the name “village shop” hilarious is that it’s one of the biggest department stores in Finland, very far from the name it’s known for. I would go as far to say that every Finn has heard of Tuuri’s village shop. Personally, I’d never been and wasn’t sure what to expect. A few minutes in, I was overwhelmed at the simple task of finding a parking spot midst the army of cars and found myself gazing in awe at a buzzing helicopter circling the air. The Tuuri village shop is truly bizarre. 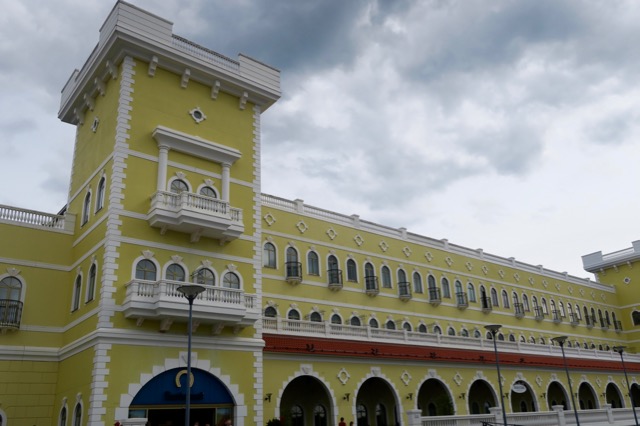 The shop was founded in 1946 but it was only moved to this location in 1969. It has come a long way, as you can even call it a tourist attraction these days. Veljekset Keskinen is a family business and the reason it has grown into what it is, are Vesa Keskinen’s “think big” ideas.

If you want to shop on multiple days, you can even stay in a hotel in the same complex as the shops. The hotel boasts 43 rooms of which one is a suite with Rolex branded showers and taps. In addition to the hotel, there is a caravan park on the side. Other than this department store and what comes with it (a tivoli, mini-golf, Moomin playground, a tourist train, free arcade games, a music festival..) there really is nothing whatsoever nearby. 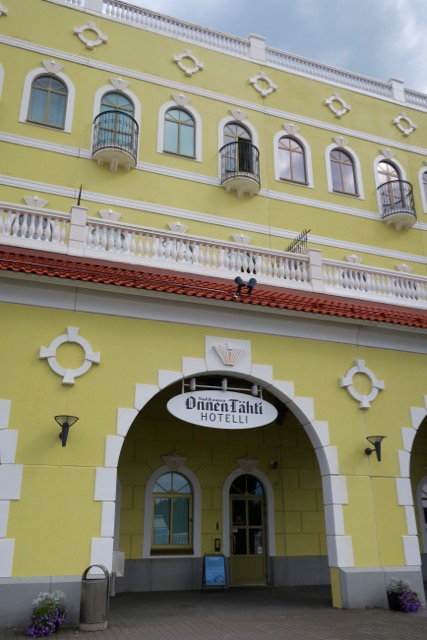 On a hill, facing the yellow monstrosity is the front man’s mansion. He loves statues, (maybe I should’ve asked him to take part in my Saturday Statues challenge, LOL!!) especially unicorns. The department store is full of different kinds of sculptures as well, many of which are very familiar from my time spent in Asia – you know – the ones you see on Chinese New Year. 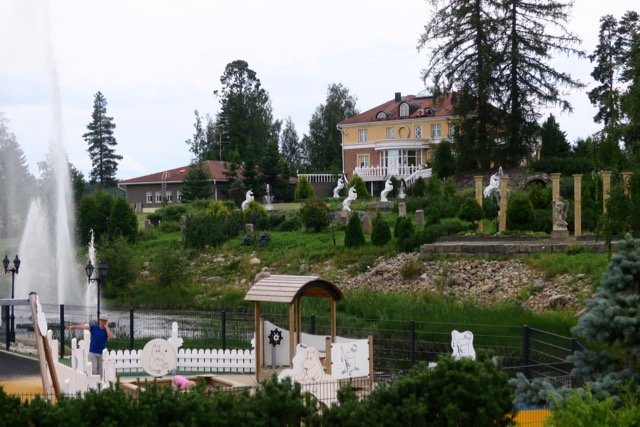 This here is the actual entrance into the shop. It doesn’t look like much. But as you step in, you are standing in what equals to 40 000 m² of shopping space.

Now see who is welcoming you to step in further. On the left is the front man Vesa Keskinen and his family. I have no idea who the other four are but my guess is that they are stars of what was a reality show filmed in the department store! 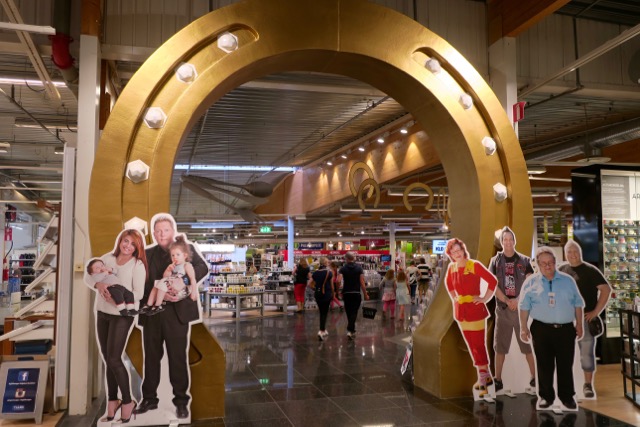 The shop even has it’s own branded chocolates, coffee and shopping bags. I bought some coffee as presents for my mom and FIL, and they claimed it was very good. 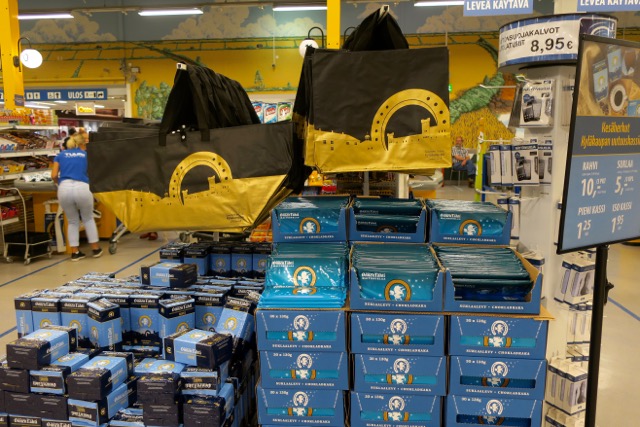 How about a dress made of Tuuri’s shoppers? In the shop, you will find everything you need. From furniture to groceries to toiletries to Marimekko. Having been in huge department stores in the States, I can’t say I was that impressed. It might look shiny outside but the inside looks like any old Walmart. But it was big. I was tired after seeing less than half of it. 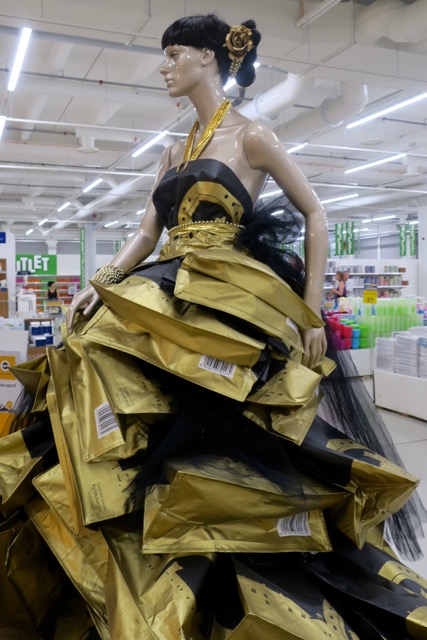 Lego has sponsored a huge replica of the complex. It took 122 hours to make it and it weights 70 kg. You can find it on the grocery store side.

Just to give you an idea where the village shop is, have a look at this map of Finland.

So who goes here you ask? To a shop in the middle of nowhere? Well, over 6 million people visit a year! More than the population of Finland. One thing I know – there’s not a hipster in sight.

Have you been to the Tuuri shop? If you have, I would love to hear your experiences.