My goodness how time has flown! It’s been two weeks since I last wrote on the blog. This spring has turned out to be super busy and now it’s almost June! I can’t believe it. I want to savour every moment of summer before the long winter kicks in again. 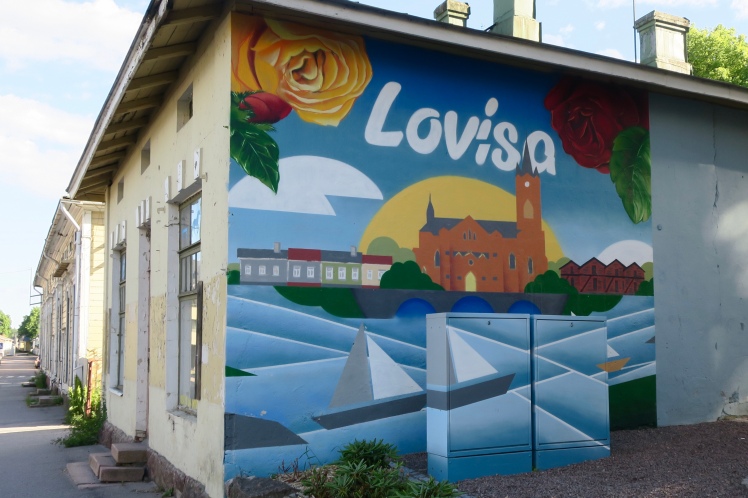 There’s been a lot going on these past two weeks with many favourites and quite a few non-favourites as well! Since my last post, it was Mother’s Day on the Sunday. The family made me a lovely breakfast and then my mom came over and we had a bit of a bbq. It was chilly at first but then warmed up and we were able to sit outside. My mom wanted to buy some flowers for her balcony so we went to see the assortment they had at Plantagen. I also decided to get some geraniums but have to say that the quality wasn’t very good and I’ve definitely had better ones before.

On the following week, Leppävaara’s outdoor swimming pool finally opened! YAY! Last year I was just as excited and bought a 25-time entrance ticket but ended up going only twice as my car broke down and it took months to repair. Unfortunately the ticket wasn’t valid anymore and I had to buy a new one. Thank goodness I still had the possibility of getting a cheaper student ticket so it wasn’t such a huge loss.

One of my colleagues at work had enticed me and another colleague to get some reduced-price tickets for the Cirque du Soleil show in Helsinki – the Avatar inspired Toruk – The First Flight. To our huge dissapointment, the show was not what we were expecting. The projections were cool but there was not much acrobatics – mostly the characters just ran and jumped around on stage. For the price of the tickets, I would have expected more. It is a pity that I had not read any reviews before buying the tickets because they resonated with our experience. Has anyone else seen the show? 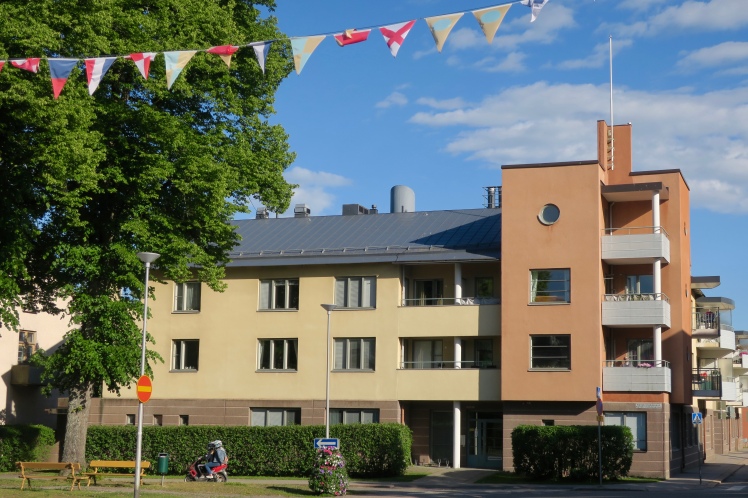 On the next day, I had a lovely meet-up with fellow blogger Snow! I was quite nervous because Snow blogs anonymously and I had no idea what she looks like. Thankfully, she recognized me and we had coffee at the Robert’s Coffee Jugend which is quite grand inside. However, as it was still warm outside we opted for a table in the sun and had some sandwiches and ice cream. While I was getting my snacks inside, a seagull pooped on Snow’s bag! Or perhaps it was ice cream from a nearby passer-by. Nevertheless, whatever it was, it was an unfortunate event as it messed up her bag. 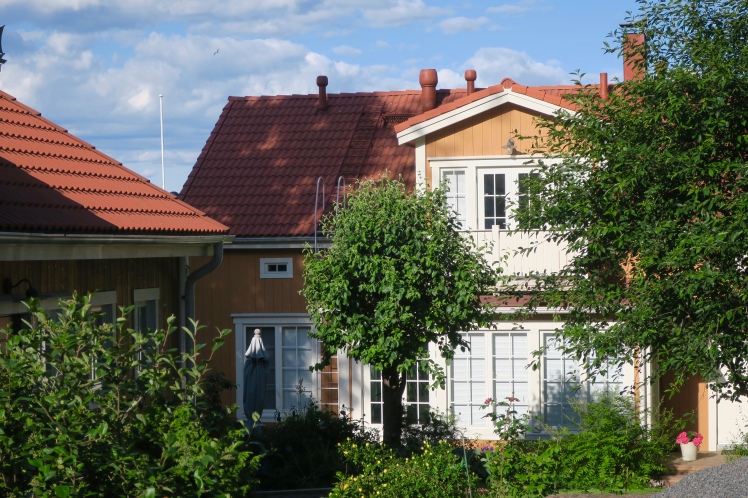 At the end of the week, I had our outdoor furniture delivery coming up. I was really looking forward to finally getting them as we’d ordered them in the beginning of April. Sadly, they had somehow misplaced half of the delivery. It’s been a long process trying to get the company to locate the missing pieces. You would imagine they would do the work without you having to call them all the time to remind them! Fortunately, a whole week after, the furniture has been found and should be delivered in a few days.

My friend Niina asked me to try a brunch at a cafe run by her friend in Helsinki on Saturday. The name of the café is cute – Bean There. It’s a vegan friendly place with lots of Middle Eastern inspired dishes. We ate our bellies full and enjoyed catching up. After, we went our own ways but in the afternoon, we met again! This time at my FIL’s house to plant some summer flowers for him. 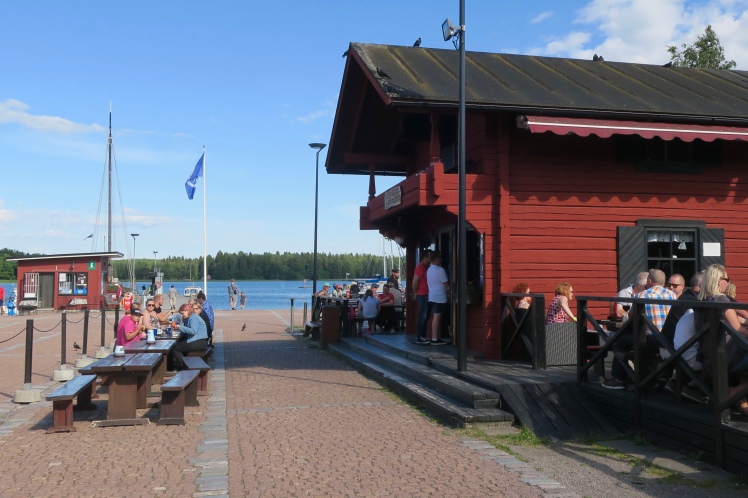 This week my Icelandic friend Elisabet came to Helsinki for a meeting and we met up for dinner at Söder. Before seeing her, I went to the Helsinki City Museum where I haven’t been for ages. What’s great about the museum is that it’s free for everyone. There’s a children’s museum attached to it but since I didn’t have any kids with me, I gave that a miss and concentrated on the other exhibits. I really enjoyed their Helsinki Bites exhibit where you can get acquainted with the history of Helsinki. ❤

Söder was a cosy place but quite noisy. I wish restaurants looked more into their “sound world” to make the atmosphere more comfortable. It’s no fun having to shout all the time! Söder has a quirky concept as they only have starters and desserts. The dishes have been made to share. We ordered almost the whole menu and lucky for us, when I didn’t like something, my companion did and vice versa. But in the end, you could say that not all the dishes were a success. After, we went for drinks at Goldfish. First, we entered the bar and I found myself quite puzzled, as Goldfish advertises that it’s the classiest cocktail bar in Helsinki, and this place definitely did not look classy! Thankfully I realized we were in the wrong place before we had ordered anything. We then walked on a bit more and found Goldfish after asking where it was from a nearby restaurant. Goldfish was elegant and reminded me of some of the cool cocktail bars I’ve been to in Tallinn. Great to have a place like that in Helsinki! I had a cocktail that tasted of raspberries and liquorice. Delicious but perhaps an acquired taste.

There’s been a lot of activity on our boat these past two weeks, especially on weekends, washing and waxing. Hopefully we will soon be ready to lower the boat into the water. After that we still have to “move” all the stuff that we took out in the Fall back in and sort out the sails. A never-ending story it seems! Also, I have a zillion painting projects going in our yard, so it seems that these chores are simply always ongoing which is a bit overwhelming.

Today my friend Laura invited Lilli and I for a lunch at their local church. The lunch was free but you could donate to Finn Church Aid if you wished. A great idea – they raised almost 800 euros with this event! It seemed that the church has quite an active community as all the tables were full and lunch was very busy. What I liked about the event was that there were people of all ages there and you are welcome whatever your religious beliefs are (or are not). We had planned to go for a walk but with the rain beating down, we had to forget about that.

This Sunday is very eventful. It’s the last day to vote for the European Parliament Elections, Formula 1 is on (the Finnish driver Bottas has been quite successful this season) and Finland will be battling with Canada in the evening for the 2019 Ice Hockey World Championships! Are you following any of these?

I listened to a great book once again – Before we were yours by Lisa Wingate. It is based on the real-life story of an adoption scandal in Memphis. In this book, you follow two storylines – one of Rill who was in the midst of it all with her siblings and another present day storyline of Avery who finds out there’s a mystery related to her family and has an urge to investigate. The book is food for thought because even though people will think “this happened ages ago”, the truth is that the world is not free of people profiting from the business of adoption. If you have read this book, I’d love to hear your thoughts.

How are you and what have you been up to? Happy upcoming week y’all!

As I haven’t really taken many photos during the past two weeks, all these photos are from Loviisa which we visited on our sailing trip in 2017.