Just like that it was our last day in Berlin! Päivi had an afternoon flight to catch, so we only had the morning together. Thankfully we had to time to celebrate the end of our holiday with a hearty German breakfast.

We chose Kaffe am Meer based on the mouth-watering photos people had posted on their Google Maps reviews. Päivi’s friend joined us to start the day in style. Naturally we had to have the “Berliner” breakfast plate. Lots of bread once again, I wonder if anyone ever finishes all the bread they are served with a German breakfast?

After our morning meal, we picked up Päivi’s luggage and walked to the metro station together. There we parted ways as we were going in opposite directions. As I jumped into my metro, I felt so sad – who knows when we will see each other again?! That’s definitely the downside of having friends scattered across the globe. 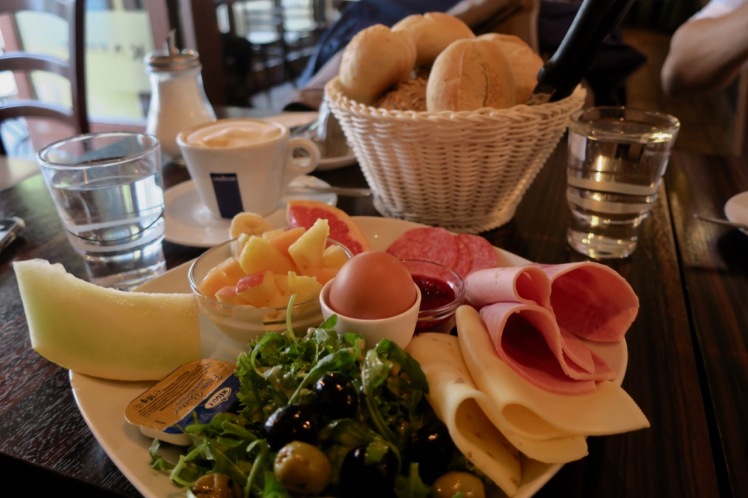 I had my sights on visiting some museums, so off I went to the Museum Island. I had previously been impressed with the entrance to the James-Simon Gallery, so that was my first stop. As I was pressed for time, I bought the cheapest ticket (12 euros) which gave me access to the Neues Museum as well. 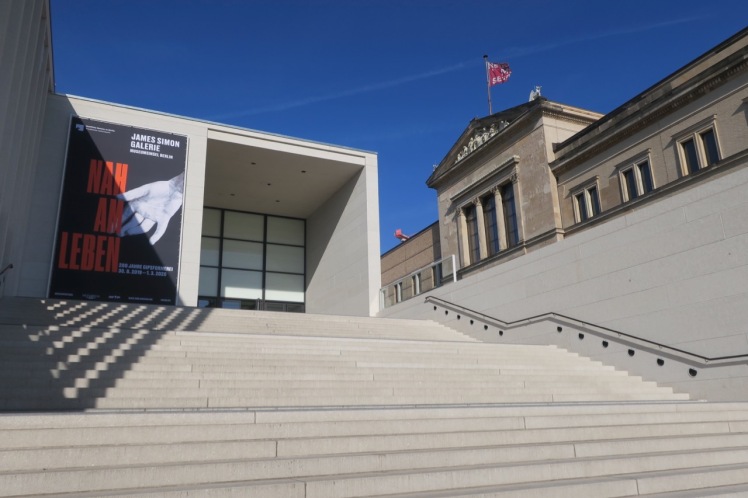 I have to admit I was more in awe of the building itself than the exhibition “Near Life: The Gipsformerei — 200 Years of Casting Plaster”. I mean, casting plaster? But to be fair there were some interesting bits to it, like a life size cast of a crocodile or the stories of how back in the day artists travelled to Africa and exploited the people there by making casts of them even thought they weren’t that keen.

The Neues Museum is huge and houses exhibits on ancient Egypt among other things. I even saw the Nefertiti but there was a no photos policy. Again, I was quite impressed with the building and the rooms which were all decorated in different ways.

Exiting the museum, I noticed that it was HOT outside. I was wearing stockings which was way too much for that weather. So what can a girl do? Obviously I had to buy some ice cream. I tried the sea-buckthorn flavour. I’m not really a fan of the berry but this was berry berry good (sorry, I had to!). As I said, it was terribly hot and the ice cream started melting quickly making a mess. Of course I had failed to take any tissue paper with me and as I was rushing to my next stop, the cup suddenly tipped over and liquid ice cream poured all over my dress!!

Picking up speed so I could get to a restroom to tidy up, I noticed these brass plates on the ground. This is a “Stolperstein”. Have you ever come upon one? There are over 70 000 of them in European cities, (mainly) commiserating victims of the Holocaust. You can even find four in Helsinki. These plates are laid at the last residence of the person who is being remembered.

Noticing a group of policemen, I realized I had arrived at my next destination – The Jewish Museum. Here I had plans to see the Liebskind Building and the exhibit on the Holocaust. When entering, you will have to go through security control and have your bags x-rayed. If the weather is favourable, it’s a good idea to step outside, as the museum has a beautiful green space.

The Liebskind Building has been designed by the American architect Daniel Liebskind. It houses the museum’s permanent exhibition but unfortunately it was partly closed. The building has a very unique architectural style, not sure what to call it – perhaps zigzagging? There are sharp corners, angles and voids. The architect wanted to recount Jewish history in Germany with the design of the building.

Below you can see Liebskind’s “Memory void” and the Shalekhet (Fallen Leaves) installation. The installation consists of 10 000 faces with gaping mouths. In addition to the voids and angles, you will find the Axis of Exile and the Axis of the Holocaust. These exhibits showcase objects and personal stories of the victims of the Nazis. It is good to reserve enough time for this, as all the stories deserve to be read. 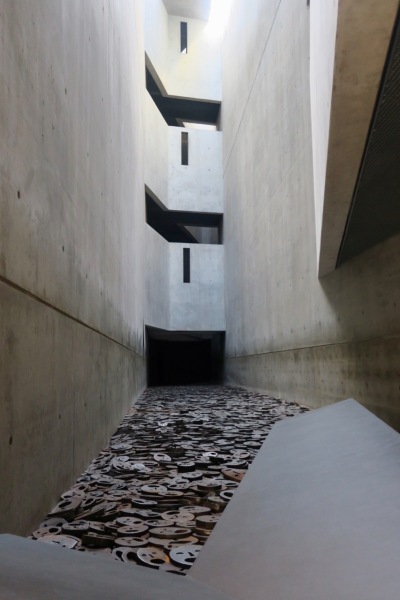 Here you can see the view of Liebskind’s Garden of Exile from outside. You can access it from the inside of the museum and walk between the pillars. The plants on top are olive bushes, symbolizing hope. It is a bizarre feeling walking inbetween the pillars, as the ground below is slanting. This symbolizes the disoriented feeling of the people who had to flee Germany. 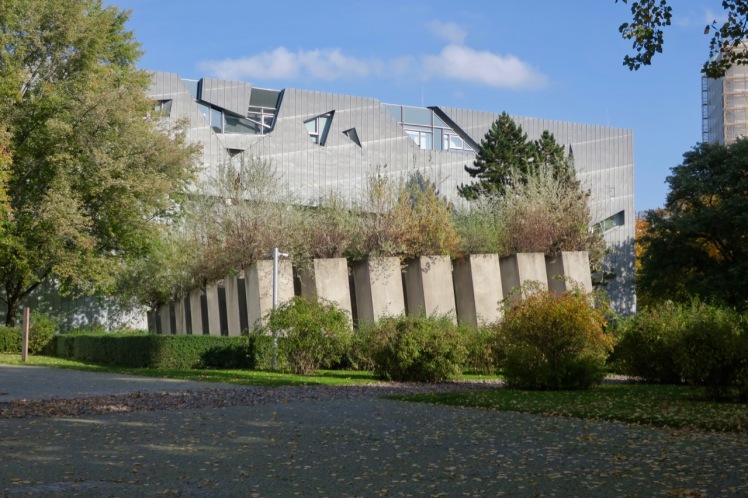 After the museum, I navigated to the nearest metro station and went back to Kreuzberg. There you will find the legendary Curry 36 kiosk (Mehringdamm 36). They claim to be the original currywurst kiosk but who knows. Right next door is (was?) Mustafa’s Gemuse Kebab which is just as legendary but sadly closed. There had been a fire there a few days earlier which damaged the kiosk badly.

One last glass of wine whilst watching the local scene and then it was time to head towards Tegel and home.

All good things come to an end as did our holiday in Berlin. What a great time we had. ❤ I feel that the city has always something new to offer and sharing it with a friend is the best. If you’re thinking of visiting Berlin, I highly recommend you do!