It’s been a lovely week with great food and meeting friends. Read on to hear of a great breakfast place in Helsinki!

This week’s best lunch was at Kokoro. I had a salmon bowl which was delicious. Their sushi is of very high quality too. The restaurant is out of the way (when looking at the map from the city center) but it’s near my office. The restaurant accepts cards only.

On Thursday my colleagues and I headed to Allas Sea Pool after work to try out Yin Yoga. This was a recreational visit paid for by our employer. I wasn’t expecting much which was probably a good thing as I was very pleased afterwards. The gym was dark and warm, lit with candlelight. The perfect setting to relax! The instructor had a very calming voice and I actually found myself almost falling asleep at times. I felt great afterwards. It was a really windy evening and only two of us braved the cold and went swimming in the heated outside pool afterwards. A lovely evening all in all!

On Friday I had some visitors in our yard. I was working from home when I spotted three deer walking across the grass. Even thought they are a nuisance (they eat all the plants), I’m always happy to spot a deer! 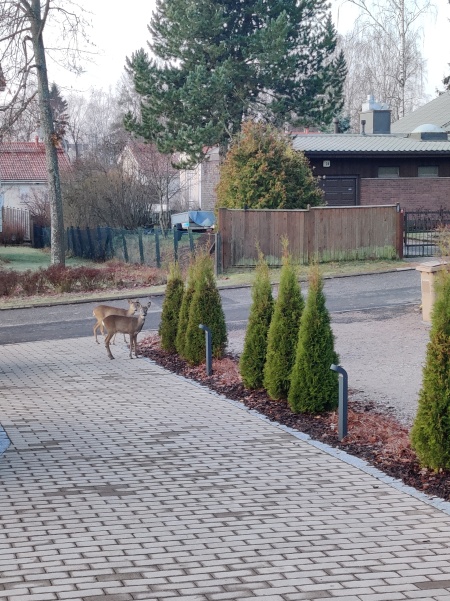 On Saturday two of my girlfriends and I had planned a Helsinki day. We started the day with breakfast at the Green Hippo Café. I love the place and would like to visit more often but it takes extra effort, as I’m never in the neighbourhood.

I had the most divine porridge ever. It was topped with blueberries, bananas and NUTELLA!! I need to make this one day.

After breakfast, we headed to the Villa Hakasalmi near the Finlandia House. This museum is one of my favourites, as the building itself is gorgeous. I don’t think I’ve ever been disappointed by an exhibit there.

The exhibit on show at the moment is State of Mind – Helsinki 1939-1945. It’s coproduced by Villa Hakasalmi and HAM Helsinki Art Museum. The exhibit at the villa concentrates on the evacuations in Helsinki at the time of war and people’s reaction to the situation. In addition to people leaving the city, children were sent to Sweden (without any family members!) and artworks to churches in the countryside and other safe places. 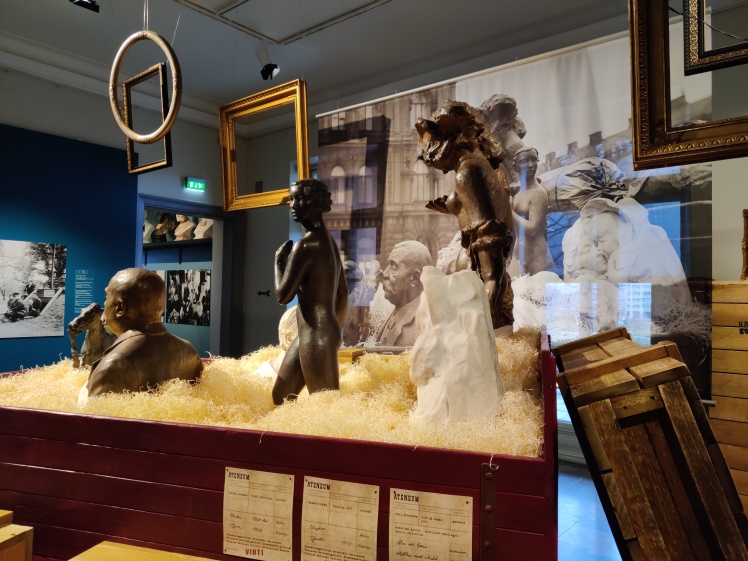 I truly recommend you visit the villa to see this exhibit if you are in the city. It’s open till August 2020.

Having had lunch at the Kamppi shopping center, we moved on to HAM Helsinki Art Museum to see the other part of the exhibit. It concentrated more on the feelings, expressions and people’s sentiments during this period. I was interested to learn that the German’s had an exhibit in Helsinki showcasing the Soviet spoils of war in 1941. The items were things like statues of Stalin, propaganda posters and so on. Of course, this was the German’s own propaganda machine at work, trying to get the Finns on their side.

Last, we visited a newish public sauna in Helsinki called Uusi Sauna. It’s in the middle of a residential neighbourhood, so sadly there’s no opportunity to dip in the sea. Instead, there’s a small courtyard where you can cool off and a bar with drinks and snacks. Our visit was fun but I don’t think I’ll be visiting again, as the place had quite a swimming hall feel to it. A definite plus is the bar, which offers drinks that you can’t often find elsewhere.

This week’s favourite fashion flashback was in the window of a thrift store. Who remembers neon colored clothes?

Have you heard of the Yazidi genocide? If not, maybe you might consider reading Nadia Murad’s The Last Girl: My Story of Captivity and My Fight Against the Islamic State. Nadia tells the story of survival, as she loses her home, family, religion and human rights in the hands of ISIS. She and other Yazidi girls are held captive by the ISIS and forced into sexual slavery. I admire Nadia for her will to survive and the human rights work she does for victims of genocide and human trafficking. 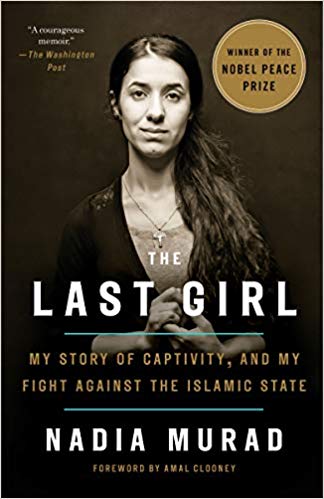 Sunday’s highlight was a walk with a friend. It was suddenly 9 degrees Celsius here, so many people were out enjoying the “warm” and dry weather.

How are you? Have you been to any of these places? What was the highlight of your week?

It's almost the weekend! 🍸🌟💃@whisper_sister
Telliskivi ❤️ Wish I was there! @visittallinn
Throwback to yesterday's perfect weather ☀️❄️❤️ @visitespoo
Lux Helsinki. 2020 🌟🌟
The blog is active again! Check out posts on Porvoo and what went on in December ➡️ mrssuvi.com 🌟🌟
Not at all surprised to see that my top nine of 2019 include Helsinki, Tallinn and cake 👀❤️🌟